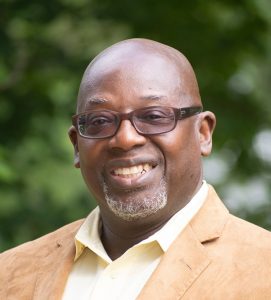 Vince Bayyan is a proven development professional with a 30- year track record of success in the areas of leadership and organization resource development. He joined moss+ross as an affiliate consultant in 2021 and as an Associate in 2022.

During his professional development career, Vince has secured over $5 million dollars in funding from grants, corporate sponsorships, and targeted donor campaigns. He has served as Director of Corporate and Foundation Relations for The College of Dramatic Arts at The University of North Carolina, Chapel Hill; Director of Development, Saint Augustine’s University; and a Major Gifts Officer at Claflin University.

Vince has served in a leadership capacity with several non-profit organizations including Executive Director for the Clarence E. Lightner Youth Leadership Academy; Assistant Director, YMCA of the Triangle; and INROADS North Carolina Triangle, Inc., a non-profit human resource development organization dedicated to the identification, recruitment, placement and leadership development of diverse talent.  Vince has also served on the boards for arts-based organizations headquartered in the Triangle area. He currently serves in the capacity of Southeast Regional Development Director for the Hip-Hop Chess Federation, teaching valuable life skills that blend lessons from Martial Arts, Chess, and the positive energy of HIP-HOP culture. He and his wife Patrice are Co-Founders of Level Next Training and Life Coach Institute which includes the Austin and Betty Cross Guardian Initiative, a donor-advised fund that supports youth aging out of foster care and other guardianship situations.