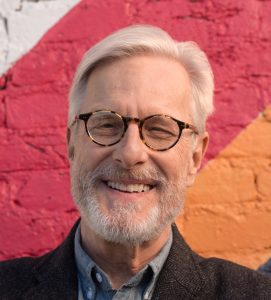 Michael Lowder joined moss+ross in 2022, after retiring as the Executive Director of Artsplosure – The Raleigh Arts Festival. In addition to serving as Executive Director for 25 years, he was also the CFO and the agency’s primary development officer. Artsplosure presents its namesake arts festival each May and First Night Raleigh on New Year’s Eve, and it provides logistical and programming support and consulting services to other organizations, including IBMA Bluegrass Live!, Hillsborough Street Community Service Corporation, Dreamville Music Festival, African American Cultural Festival, and NC State University’s Centennial Campus.

An experienced nonprofit professional, Michael has been involved in the nonprofit arts sector since 1978, when he joined the North Carolina Department of Cultural Resources’ professional staff as program director for the newly organized Governor’s Business Council on the Arts and Humanities. In the early 1990’s, he served as vice president for development with The Arts Council of Winston-Salem/Forsyth County. He held a similar position with the United Arts Council of Greensboro (now ArtsGreensboro) and has directed marketing, membership, and annual and capital fundraising initiatives for the North Carolina Symphony and U.S. Olympic Festival-’87, where he initiated and produced the first Durham Blues festival as part of A North Carolina Arts Celebration.

Michael has worked as a nonprofit marketing, fundraising, and management consultant, and served on numerous arts focused boards. He has taught courses in nonprofit fund development and management for the NC State University Public Administration graduate program and has been an instructor in the Duke University Certificate Program in Nonprofit Management. He holds a BA and MPA from NC State, and enjoys playing guitar, black and white photography and cycling. He and his wife, Sarah, live in Raleigh.