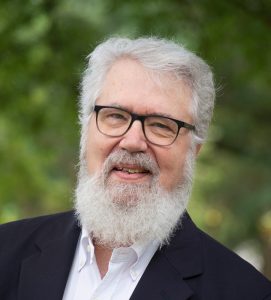 Jim Roberts comes to moss+ross after serving Duke University for over thirty years. As Executive Vice Provost for Finance and Administration from 2002 to 2018, Jim coordinated financial planning and oversight for Duke’s non-medical schools as well as major academic support functions, including undergraduate financial aid. He has collaborated with five Duke Provosts and worked closely with four Duke Presidents on strategic planning, budgeting and financial analysis. He has been an ex officio member of the Business and Finance Committee of the Duke University Board of Trustees, presenting academic budgets totaling over $1B and related reports and analyses.

Jim has been a member of several Duke-affiliated Boards including the Full Frame Documentary Film Festival and the Center for Documentary Studies. In addition, he was a founding member of the Duke Kunshan University Board of Trustees, Duke’s affiliated joint venture university in China and chair of its Finance and Operations Committee.

Jim’s career at Duke capitalized on his diverse training and skills in writing, communication, planning, and analysis. He graduated from Northwestern University with honors in history, earned MA and PhD degrees at the University of Iowa in European history, held post-doctoral fellowships at Stanford University and the University of California, Berkeley, and completed an MBA degree at Duke’s Fuqua School of Business.

Jim and his family have been part of the Durham community since 1983. He is married to Deborah Jakubs, the Rita DiGiallonardo Holloway University Librarian and Vice Provost for Library Affairs at Duke. They have two grown sons.