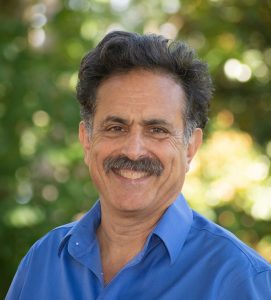 NC School of Science and Math

Fred has served the Triangle region of NC for more than three decades in his capacity as a social worker, fundraiser, and consultant. He joined moss+ross in 2010 and lead the firm’s executive search services until December 2021 when he transitioned to being “of counsel”.  During his time as a Senior Associate, Fred  co-led more than 60 searches. He also worked on development assessments and feasibility studies.

Fred has a great appreciation of the opportunities and challenges facing our region and people. He is a keen and active listener with the ability to ask probing questions mixed with good humor and a strong sense of customer service. During his career in social work, he was awarded one of the first Z. Smith Reynolds Sabbatical Awards for his work with batterers. He served as Director of Development for the Triangle Community Foundation from 1994 to 2010 where he was proud to be part of the team that grew the Foundation’s assets from $10 million to $135 million.

Fred has served on the Board of the Executive Service Corp and is the past Board chair of Leadership Triangle, the Durham Estate Planning Council, and the NC Center for Public Policy Research.  He graduated from UNC-Chapel Hill with a BA in Psychology and a Master of Social Work.

Fred and his wife Claire, the manager of UNC’s Carolina Community Garden, live in Chapel Hill where they raised both of their wonderful children. Two grandchildren have made their lives even richer.

Fun fact: Fred and Susan Ross have known each other since the early 1980’s when Susan was on the Board of the Coalition for Battered Women and Fred was on staff.