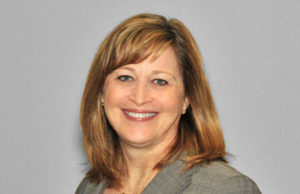 Elizabeth has more than 25 years of annual giving and major gift fundraising experience. Prior to joining moss+ross, she spent five years as a Senior Major Gifts Officer for Duke Health Development, serving as lead fundraiser and relationship manager for donors and grateful patient prospects for ten departments and divisions within the School of Medicine. Before her stint with Duke Health, she served more than a decade as a Regional Major Gifts Director for Duke University and directed the University’s primary major gift development efforts in the western part of the United States for The Campaign for Duke, a $2.36B comprehensive campaign.

A North Carolina native, Elizabeth is a graduate of Duke University and lives in Chapel Hill with her husband Tom. She loves being active outside running, hiking, and cheering on the Blue Devils. Elizabeth has also been an active community volunteer and leader. In recent years she has served as President of the Junior League of Durham and Orange Counties and the Girls on the Run of the Triangle Board of Directors, and is a past member of the Caring House Board of Directors.