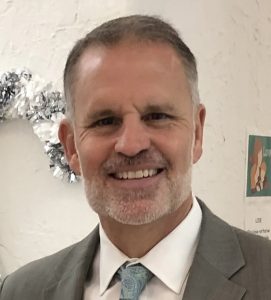 Dave Monaco joined moss+ross as a Subject Matter Expert in 2022 after a successful three-decade career as an independent school and nonprofit leader. Through his work at moss+ross, Dave aspires to help organizations thrive within the context of their unique mission, vision, and values.

A graduate of Hamilton College (BA History) and Teachers College, Columbia University (MAT), Dave is also a Certified Executive Coach via the Center for Executive Coaching.

Dave presently lives in Dallas, Texas with his wife, Mollie, a former independent school educator herself who is now a certified yoga instructor. Dave and Mollie have three boys, ages 24, 21, and 18, and enjoy walking their two dogs together and spending summers at their family cabin in the Adirondack Mountains of New York.