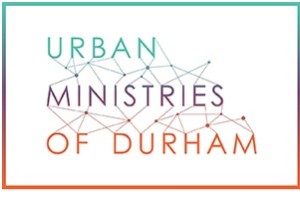 The Urban Ministries of Durham board unanimously selected Sheldon Mitchell, previously at Habitat for Humanity of Wake County. He will take charge March 14. Board Chair David Sotolongo said the seasoned nonprofit executive stood out among the dozens of qualified candidates attracted by the national search.

Mitchell succeeds outgoing Executive Director Patrice Nelson, who last summer announced that she would be ending her nearly 7-year tenure leading the nonprofit. UMD helps 6,000 homeless and poor residents of Durham each year using a cash and in-kind budget of $3 million.

Mitchell said that UMD’s core values of respect, accountability and collaboration speak to his own deep belief in treating everyone in a community as a valuable member deserving of dignity and respect.

“I feel optimistic and excited to see the work that’s already been done to provide services to those who are homeless or in need,” he said. “Going forward, I see opportunity in the collaborative way that UMD and other stakeholders are working together on a well-thought-out plan to make more progress on these issues as a community.”

Nelson said she shares that optimism for UMD’s future under Mitchell.

“He’s a manager looking very carefully at the plans and strategies we have in place and thinking about how to maximize the impact to the community,” Nelson said. “Sheldon has the personality of a great coach. He will be able to bring together the different players and ask the right questions. He is committed to the direction we’re headed.”

Under Nelson, that direction has sharpened dramatically. When she arrived near the beginning of the Great Recession, Urban Ministries of Durham was struggling to continue its basic services of providing meals in its Community Café, distributing donated groceries and clothing from its Food Pantry and Clothing Closet, and offering a night-by-night homeless shelter.

Nelson rallied the community to increase its support and involvement so UMD could stabilize and streamline those services. Then, she sought to raise the community’s sights, insisting that UMD not just shelter people but help them end their homelessness. While continuing its roster of emergency services, UMD now offers case management to every person who checks into the shelter. Last fiscal year, ending in June, it assisted 237 people in leaving homelessness for decent housing with the income to keep it, Nelson notes.

Two years ago, UMD hired its first clinical director and is focused now on adding licensed clinical social workers to its staff to help each homeless client focus on strengths, overcome barriers and challenges, and set and reach goals in an individual plan to end their homelessness.

“He brings deep compassion to the job,” said Sotolongo, who is also vice president of business and proposal development for RTI International. “He brings a lot of insights to what we are already trying to do.”

The firm of moss + ross managed the executive search on behalf of UMD. Nelson will remain at UMD to help orient Mitchell until the end of March, Sotolongo said.

A native of South Carolina, Mitchell and his wife, Shaw University Department of Mass Communications Chair Dr. Cassandra Mitchell, moved to the Triangle in 2012. In the Greenville-Spartanburg, SC, area, Mitchell worked 20-plus years in executive leadership positions for various organizations that included Miracle Hill Ministries, Urban League of the Upstate and New Foundations Children and Family Services. He holds a bachelor’s degree in political science and a dual master’s degree in management and human resources development.

“I’m excited,” Sotolongo said. “The board worked hard to make sure that the leader we selected was going to continue the fine work this team and the Durham community are part of to fight poverty and end homelessness in Durham.”